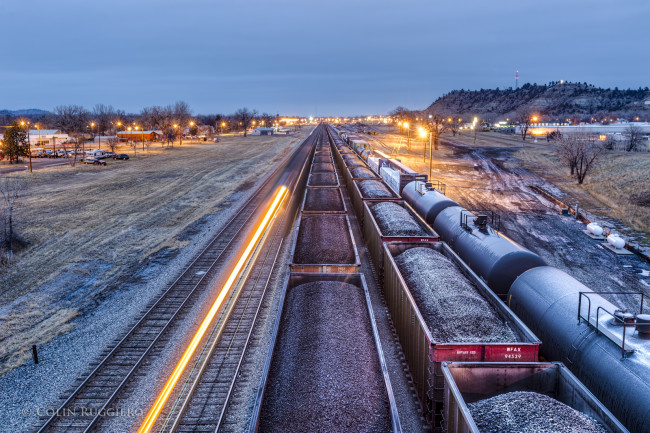 Arch Coal is on the verge of bankruptcy, but it’s not going down without a fight. Arch is pushing very hard to construct the Tongue River Railroad, in a last-ditch effort to protect its profits. The railroad would connect Arch’s proposed Otter Creek coal mine to existing rail lines. Without the railroad, the mine could not exist. If approved, the railroad would allow Arch to develop the largest proposed coal mine in the U.S. The railroad would destroy productive farm and ranch land, cut a swath through the Tongue River valley, and result in many additional coal trains passing through Montana communities on their way to coal export terminals in the Northwest.  The coal will end up in Asian markets.

The environmental impact statement on the proposed railroad is now available for public review and comment. We need you to speak up TODAY for Montana’s future and the global climate!

Constructing the Tongue River Railroad is essential for Arch Coal to begin strip mining the agriculturally productive, economically vibrant, and culturally significant Otter Creek valley. If the railroad is approved, Arch will be allowed to condemn private ranch and farm land, pollute Montana’s clean air and water, and contribute to irreversible climate change.

If the mine is developed, Arch would be able to send 1.3 billion tons of coal to Asia, and the coal, when burned, would pollute the atmosphere with 2.6 billion tons of climate changing gasses. Those are huge numbers. The mine itself would be massive and the destruction irreversible. The mine and railroad would strain the infrastructure of local communities, increase coal dust pollution, decrease property values, threaten public safety, and lead to rail congestion across Montana.

We need you to tell the federal Surface Transportation Board (STB) that coal exports only help Asian economies and giant coal companies, while they hurt everyday Americans who have to live with the effects of coal mining, transport, and the inevitable effects of climate change.

One Response to " Stop Arch from Building the Coal-to-Asia Railroad! "