Say NO to the Keystone XL Pipeline!

The U.S. Senate will vote as early as tomorrow on a bill to bypass the President and force construction of the Keystone XL Pipeline. Despite the President’s ongoing analysis of the impacts of Keystone, and his authority to approve or deny the pipeline, certain members of the U.S. Senate are pushing for a vote on the Hoeven-Landrieu bill (S. 2280). Some moderates are playing along, and this bill may have the votes to pass!

A portion of this pipeline will cross through eastern Montana, placing Montana communities, farms and ranches, and our cherished rivers at risk. The pipeline is proposed to cross both the Yellowstone and Missouri Rivers. Too much is at stake. We need urgent and immediate action today to stop this bill in its tracks. Please join us in opposing any bypass of the President’s decision on Keystone XL.

Climate scientist James Hansen has said that if Canada is able to develop its tar sands oil reserves, it will be “game over” for the climate. What’s more, do we want another Yellowstone River oil spill disaster? We now know, based upon previous tar sands pipeline disasters, that this type of oil is extremely difficult to clean up.

Please let your Senators know that they should not bypass the President and the currently established evaluation process. Keystone XL is a very real danger to clean air, clean water, and the climate. 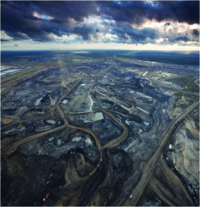 One Response to " Say NO to the Keystone XL Pipeline! "