See below for a full analysis of Colstrip’s toxic air emissions in the past five years.

Now PPL, the operator of the Colstrip coal plant, has asked the Montana Department of Environmental Quality (DEQ) for yet another delay – this time for an entire year – before having to control Colstrip’s toxic air pollution. DEQ should protect the public’s right to breathe clean air. It should protect public health not corporate polluters! It should just say NO!

These toxic air pollution requirements became law 24 years ago but were not applied to the politically powerful companies with coal plants until 2012. PPL has been determining how best to comply with the standards since 2010.  Over a year ago it determined what technology it needed to install and when it wanted to install it. It is appalling that PPL is now asking DEQ to give it more time to comply simply because it will delay when the company has to spend money. Saving PPL money is not DEQ’s job. Protecting public health is. DEQ should tell PPL to spend just a small fraction of its $1.1 billion in 2013 profits on air pollution controls – it is the right thing to do. 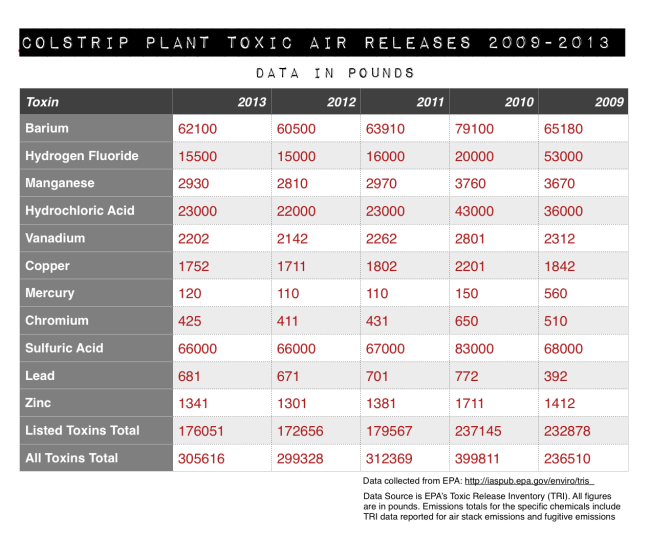