The Beginning of the End for the Colstrip Plant

The Colstrip plant will only be “useful” until 2027. That’s according to an agreement filed last week in the Puget Sound Energy (Puget) rate case in Washington. In the agreement, the parties agreed that the Colstrip plant only had 10 years remaining of useful life for Puget. In the utility world, that’s a big deal.  The Washington utilities commission will ultimately decide whether to accept the agreement, but the agreement spells the beginning of the end for the plant.

Puget has the largest ownership share of the Colstrip plant. Puget helped build Colstrip back in the 1970’s and owns half of units 1 & 2 and 25% of the larger units 3 & 4, for a total of about 677 megawatts of the 2,200 megawatt plant. MEIC and Sierra Club reached an agreement last year with the owners to close units 1 &2 in 2022 based on concerns over air quality. The Puget settlement in Washington last week is the first time an owner of the Colstrip plant has publicly said the end of the useful life of the entire plant is within a decade. No other owner is as important when it comes to deciding the future of Colstrip, and so the agreement is a critical milestone. 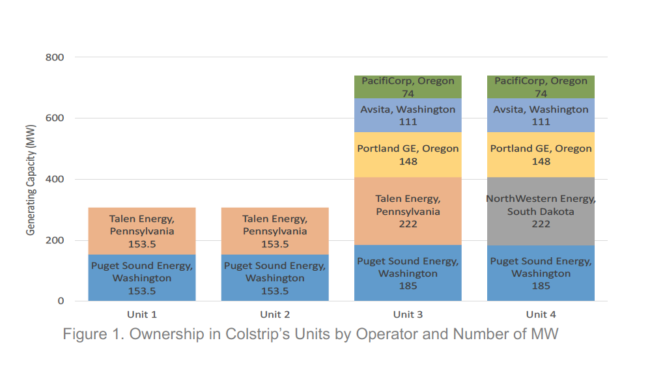 The ownership structure of Colstrip, included in the July 2017 report “Colstrip: The Status of Key Policies and Decision Processes,” available at: https://headwaterseconomics.org/wp-content/uploads/Colstrip_Status_Report.pdf

In the settlement the parties also agreed to a number of other critical provisions to help Montana and the Colstrip area:

Some in Montana will argue that Puget’s customers are going to see skyrocketing electric bills if the plant closes by 2027. The truth is very different. Puget recently released a planning document in which it shows that closing units 3 & 4 in 2025 would save its electricity customers a whopping $149 million! That’s not chump change. 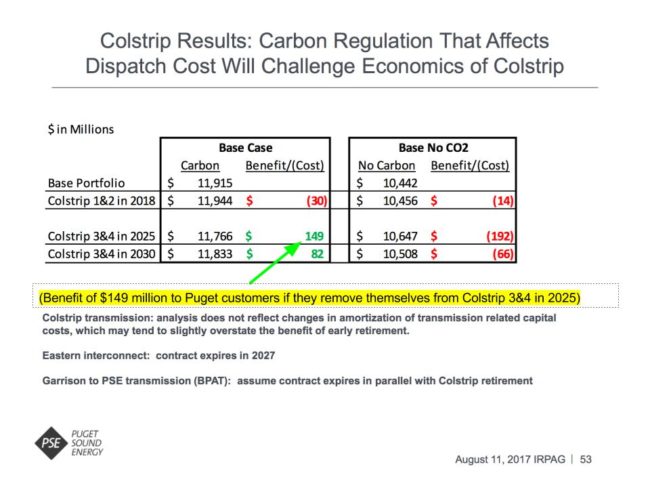 The other Colstrip owners have depreciation dates for units 3 & 4 ranging from 2030 to 2047. None of them have publicly established a fund for cleanup and decommissioning. None of them have agreed to establish a transition fund to help the community and local governments move beyond coal. Now that the largest owner has established the remaining useful life of the plant, as well as a transition fund, annual reporting, and transmission system planning, it’s time for the other owners to behave responsibly, including Montana’s own NorthWestern Energy.

Next Story:
What’s Next for the Smith River Mine?