High-Impact Actions for the Environment (Week of April 3rd)

The Montana Legislature has only four weeks left. Below is a quick and easy list of high-impact actions you can take this week that will help fight for our right to a clean and healthful environment. Pick one or do all five. However much you decide to do will help make a difference.

1. Ask the House Energy Committee to say NO to a bad Colstrip bill that undermines a clean energy future for Montana.

While there are about a dozen bills that deal with the closure of Colstrip units 1 & 2, there is one that rises to the top of the lousy idea list. SB 338 (Sen. Duane Ankney, R-Colstrip) is a punitive bill that will scare away investments in large-scale clean energy development in Montana. The bill would force the owners of Colstrip to pay outlandish sums to the community of Colstrip and the state of Montana, yet the bill fails to guarantee cleanup of the extensive contamination at Colstrip, fails to provide security for pensions of nonunion plant workers, and fails to require the owners to provide clean water to the town. Out-of-state utilities are the ones who would buy wind energy in Montana, but this bill would discourage those investments. This bill puts a giant “closed for business” sign on the state and fails to protect workers and the environment. This bill would create immeasurable uncertainty for utilities and would almost certainly cause out-of-state utilities to invest in clean energy from anywhere but Montana.

Please contact the House Energy, Technology, and Federal Relations Committee, and ask it to oppose SB 338.

SB 337 (Sen. Duane Ankney, R-Colstrip) would eliminate the Montana Board of Environmental Review (BER). The BER has critical oversight authority over the Department of Environmental Quality (DEQ) for rule-making, as well as deciding challenges to permit decisions and enforcement actions. The BER is comprised of technical experts from across Montana who volunteer their time and act as an independent body that determines whether DEQ follows the law and whether rules need to be changed to protect public health and safety. Polluting industries are upset that the BER recently refused to rubber stamp a permit issued by DEQ for water discharges at a coal mine. Eliminating the BER would be a blow to the public’s right to hold DEQ accountable. BER plays a critical oversight role when DEQ fails to do its job. Requiring someone to appeal a DEQ decision to DEQ just puts the fox in charge of the henhouse.

Please contact the House Natural Resources Committee and ask it to oppose SB 337. 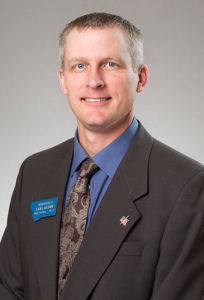 HB 339 (Rep. Carl Glimm, R-Kila) would overturn last year’s Montana Supreme Court decision protecting the state’s water resources and property rights from sprawl. The bill would re-open the exempt-well loophole that the Supreme Court wisely closed, and give developers the right to take the water ahead of those who are legally entitled to that water.

It’s bad policy based on bad science and would deplete streamflows, undermine senior water rights, increase sprawl, and spark conflict among water users. It’s irresponsible, putting development before water security and our prized fisheries. It’s unfair, letting subdivisions cut in line to grab water before everyone else – including those with senior rights. It’s bad science, imposing arbitrary guidelines for water use in a state with complex hydrology and already over-allocated streams. 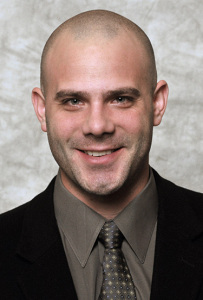 SB 48 (Sen. Chas Vincent, R-Libby) would require the Montana Department of Environmental Quality to assume the responsibilities of the 404 permitting program, which is currently administered by the U.S. Army Corps of Engineers. This program protects our rivers, streams, and wetlands by requiring that any person who proposes to impact a Water of the United States must apply for a 404 permit. Unfortunately, the Montana DEQ does not have adequate resources to effectively implement the program. This bill would also require Montana to assume an additional $1.6 million in costs associated with administering the program.

p.s. Make sure to take a few minutes, and call to thank Senator Jon Tester at (202) 224-2644 for opposing the disastrous nomination of Neil Gorsuch to the U.S. Supreme Court.