Now that Solar is Cost Competitive, Utilities are Taking Aim at This 1978 Energy Law

There’s an emerging trend among utilities across the country to undermine a law that promotes solar energy. The attack is on a decades-old law called the Public Utility Regulatory Policies Act, or PURPA – a law that has paved the way for policies that have brought renewable energy into the mainstream in the United States. 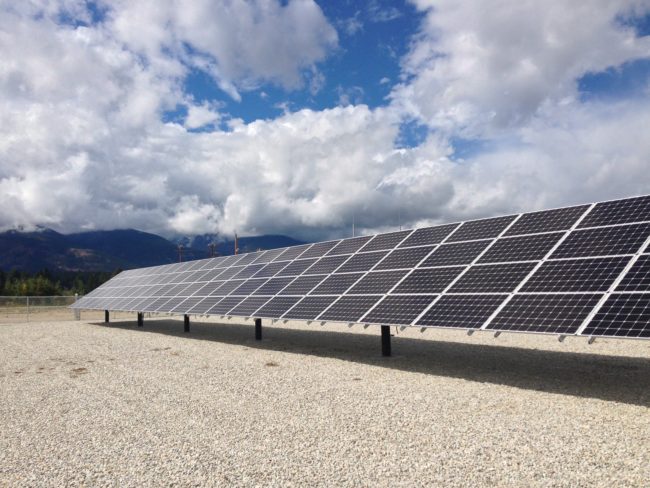 PURPA was created to encourage states to reduce dependence on fossil fuels by requiring that utilities purchase renewable energy generation and efficient cogeneration when those are equal or cheaper than the cost of building a new power plant. As solar and wind have become increasingly cost competitive with conventional fuels, PURPA is more relevant than ever.

To date, PURPA has driven a whopping 16 GW of new power capacity from qualified renewable and cogeneration projects. It’s no surprise that some utilities have taken aim at this venerable and valuable energy policy since it reduces the need for utilities profitable investments in new fossil fuel power plants.

Utilities in both mature and new solar markets are working to undermine PURPA. North Carolina ranks first in terms of PURPA-driven installations – more than 90% of its 1,271 MW of the state’s grid-connected solar PV capacity is a result of PURPA – helping place the Tar Heel State only second to California in terms of total installed utility-scale solar PV capacity.

A key purpose of PURPA was to introduce competition in the business of generating electricity. To further that goal, the law requires states to determine what costs a utility would avoid if a new PURPA-qualified power plant is built. When there is more generating capacity than there is demand for electricity – as Duke argues – the avoided cost will be the costs of operating existing power plants – such as fuel costs and environmental compliance costs. If the cost of a new solar plant is less than the costs of operating existing baseload power plants then those plants should be curtailed, mothballed, or retired. In other words, when PURPA helps replace dirty, expensive, and less efficient power plants with clean and affordable renewable sources of power, that’s a good thing.

PURPA has also become a target in emerging solar market in states in the Pacific Northwest – a region that largely relies on coal generation, and where it’s increasingly important to encourage competition in the electric power market. A big northwestern utility, PacifiCorp, recently attempted to weaken PURPA by petitioning regulators to reduce the length of PURPA contracts down to as little as two years. Such a short term would be unfinanceable — as they well know. These efforts were rejected by the Oregon and Utah Commissions – a promising outcome for the nascent solar market.

Earlier this year, Montana’s largest utility requested an ‘emergency’ order to suspend a well-established PURPA purchase rate for small solar projects. Their concern? Basically, that the law was finally working as intended: solar had finally become cheaper than their approved avoided cost rate of about 6.5 cents kWh, and developers were actually putting projects together. Vote Solar partnered with the Montana Environmental Information Center and Earthjustice and intervened, with the goal of protecting the principle behind PURPA: when clean renewables cost no more than conventional alternatives, they should have an opportunity to enter the market. Unfortunately, in July the Montana Public Service Commission voted 3-2 in favor of the emergency suspension (notably, Commissioner Kavulla filed a blistering dissent to the effect that the decision violated PURPA, and the Commission’s administrative procedures). The decision immediately halted at least 135 MW of solar projects, which were in late-stage development.

These projects, now in limbo, would represent a tremendous boost for an emerging solar market in Montana, generating well-paying jobs and new tax revenue for local communities while laying the groundwork for more solar investments to follow. With just 4.5 megawatts of installed solar capacity, and abundant land and sunshine to support much more, the “Big Sky” state’s solar industry has plenty of room to grow.

The Montana Commission failed to act on our petition in August for reconsideration, so we’ve asked the Federal Energy Regulatory Commission (FERC) to require the Commission to uphold the state’s obligation under PURPA and get dozens of solar projects – and the well-paying jobs they provide – back on track.

Bottom line: utilities across the country are looking for ways to squirm out of the mandatory purchase obligation. That’s at the heart of the core principle of PURPA, and serves the important purpose of opening markets for clean renewables. By taking this action to FERC, our hope is that a successful resolution will affirm PURPA’s principle, keep renewable markets open, and send a strong message to other state commissions and utilities to play by the rules.

Previous Story:
A Major Victory for Clean Water at Colstrip