Yesterday, Montana Governor Steve Bullock unveiled a much anticipated Blueprint for Montana’s Energy Future. We continue to disagree with his position on the Clean Power Plan and his argument that choosing between burning coal and climate solutions is a “false choice.” However the vast majority of the blueprint shows leadership and vision. This type of planning is the key to unlocking the potential for 4,000 clean energy jobs across Montana. Montana needs to quickly adapt to a changing energy market. Whether Montanans like it or not, the demand for clean energy is soaring, and Montana is in a perfect position to take advantage of that opportunity. 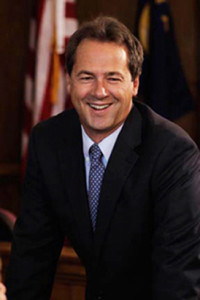 The Governor’s blueprint starts off by recognizing the importance of working with other states in the region in order to find ways to provide those states with the energy they demand. The blueprint discusses a number of key obstacles that make it difficult for Montana to move power to regional markets (primarily limited transmission availability) and it provides some options to overcome those obstacles. Working regionally is key to being able to develop Montana’s world class wind energy resource and creating job opportunities across Montana. It’s refreshing to see this as the leading issue in the Governor’s blueprint.

The blueprint also emphasizes the need to increase renewable energy and energy efficiency across the state. Although it has an anemic goal of doubling Montana’s solar energy development by 2025 (for reference the solar energy industry is poised to nearly double in size in 2016), it does advocate increasing solar development across the state, with state government leading by example. It proposes supporting laws to strengthen net metering as well as defend against attempts to weaken net metering and renewable energy laws. Net metering laws primarily advance small-scale solar development and the 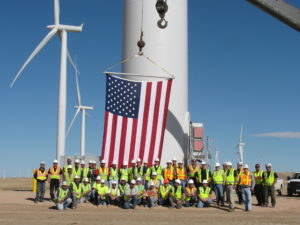 The downside of the report?

It continues to provide the false hope that if the government just invests more money in carbon capture and sequestration technology that the coal industry can be saved. The price of natural gas is already demolishing the coal industry and clean energy is outcompeting coal on a regular basis on the market place. It’s time to look to the next chapter, not waste huge sums of money trying to make a dirty technology slightly cleaner. Fortunately, Montana politicians’ desire to look in the rear-review mirror won’t change energy markets and won’t make carbon capture and sequestration technology viable or affordable. So while this portion of the Governor’s blueprint is a distraction, the fact is that it doesn’t amount to much because energy markets are changing rapidly, people don’t want to pay more for power, and the remainder of the blueprint is aimed at keeping Montana competitive in energy markets (and those markets are demanding cleaner energy).

While some of the Governor’s ideas require legislative action, many do not. That’s a good thing since the Montana legislature and our largest utility, NorthWestern Energy, have been down-right hostile to clean energy proposals in recent years.

It’s nice to see some leadership in Montana on energy issues. Many are saying this is just election year politics. Whether that is the case or not is irrelevant. When politicians do the right thing and try to help move Montana forward, their work should be lauded, regardless of when their proposals are unveiled. It’s time to move Montana’s energy economy forward.

Next Story:
Tell OSM that Coal Mining Costs Our Climate