The Montana Board of Environmental Review recently determined that Montana DEQ unlawfully issued a permit to Signal Peak Energy to expand its coal-mining operation by approximately 7000 acres in the Bull Mountains, an area historically and currently used for ranching. The expansion would have given Signal Peak Energy access to approximately 176 million tons of coal reserves.

DEQ’s approval of this expansion was unlawful because, among other reasons, DEQ entirely ignored the impacts of long-term water pollution. As elsewhere in our arid state, water is the lifeblood of the Bull Mountains, and the area’s ranching economy cannot continue without clean, available water. 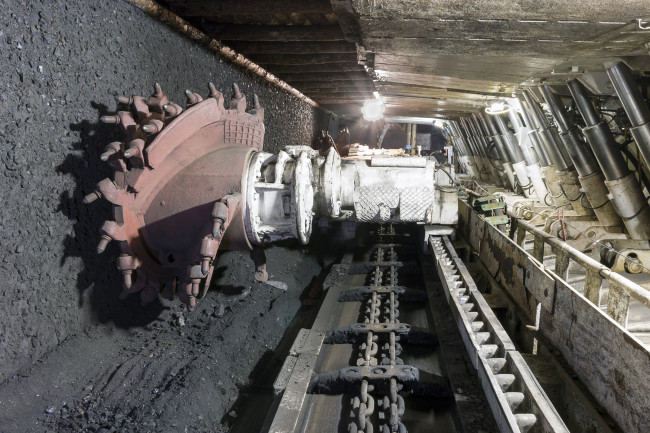 Protecting Montana’s scarce and invaluable water resources is more important than ever in the current era in which the coal industry in the United States and globally appears to be in “structural decline.” Coal consumption in the U.S. is projected to decline by 20% in the coming decades. Major coal companies in the U.S., including most recently, Arch Coal, are going bankrupt, which promises to leave mining operations unreclaimed and mine workers without benefits (while protecting executive bonuses, naturally). Coal’s decline will only accelerate with the signing of the Paris Climate Agreement, in which nearly 200 nations pledged to transition away from fossil fuels, especially coal, which is the dirtiest fossil fuel of all.

All of this is to say that the out-of-state coal companies that are strip-mining and long-wall mining in Montana are not going to be around forever. Or even for very long. This is particularly the case for Signal Peak Energy and its Bull Mountains Mine. The company is co-owned by Boich Companies and FirstEnergy (both from Ohio) and the Gunvor Group (a dubious global commodity trader registered in Cyprus and headquartered in Cyprus). As the Sightline Institute has reported, one of the founders of the Gunvor Group “was a reputed associate of Russian President Vladimir Putin” and “diplomatic reports have suggested that Gunvor effectively served as an illicit piggy bank for Putin.”

It is hard to imagine that Boich Companies, FirstEnergy, and Gunvor are putting down roots in Montana and will be around to clean up lost water supplies in 50 years. In fact, the Signal Peak has already started to cut production and lay off workers in response to contracting domestic and international coal markets. One suspects that, if coal markets continue to decline (as predicted), these companies will pack their bags and head back to Ohio and Switzerland (or Cyprus).

But, unfortunately, water pollution from the mine won’t go with them.

Worse, DEQ seems to be giving Signal Peak a free pass on significant water pollution problems at the Bull Mountains Mine. In addition its unlawful approval of the massive mine expansion without even considering long-term water contamination, DEQ is looking the other way to repeated violations of the Clean Water Act and the Safe Drinking Water Act at the mine. In the past three years, DEQ has sent 15 warning letters and reminder notices of violations to Signal Peak.

Yet DEQ has taken no formal enforcement action. One wonders what it will take for DEQ to enforce the law.

Speaking of coal mining in Kentucky, Wendell Berry has written:

[H]istory proves that industrial corporations will stop at nothing, will do anything, to achieve the highest possible income at the least possible cost. It proves at the same time the unwillingness of our people and our politicians to set limits and impose restraints upon any gigantic economic power. In the official political and academic view, the economy of Kentucky has no connection with the land of Kentucky. This is the definition of an economic ignorance that is conventional, criminal, and suicidal.

Wendell Berry, It All Turns on Affection 71 (2013). The case of Signal Peak shows that it is no different in Montana today. But while the coal corporations and the politicians choose to ignore the long- and short-term harm caused by coal mining, Montana citizens cannot. Will not.

Just because the coal industry is collapsing is no reason to exempt coal mines—like Signal Peak Energy’s Bull Mountains Mine—from laws that protect our environment. In fact, it makes it all the more urgent that we strictly enforce the laws. We must assure that the people who actually live in Montana—like the families that have earned their livelihood for generations ranching in the Bull Mountains—don’t have to deal with a legacy of pollution and don’t have to pay to clean the coal companies’ messes.

The Board remanded Signal Peak’s expansion permit to DEQ for further review. MEIC and WELC will be following this remand closely to assure that Montana’s water resources are not sacrificed so that out-of-state coal companies can turn a fast profit before pulling up stakes.

This blog post was written by Shiloh Hernandez. Shiloh is an attorney with the Western Environmental Law Center (WELC) who represents MEIC on coal mining matters.

Next Story:
Some Montana Politicians Not Ready To Leave Coal Behind