Even When You Win You Lose

The Colstrip coal-fired power complex, the largest polluter in Montana.

This week MEIC and other conservation groups prevailed in court. Let me say that another way, we won. But you’d never know it by the press reports. In an odd and unusual twist, the reporter got the story exactly wrong. He wrote that we lost and the owners of the Colstrip coal-fired power plant won. The Colstrip spokesperson said that when the U.S. Environmental Protection Agency (EPA) issued its 2012 rule on haze pollution from power plants, EPA sided with environmentalists. PPL said it challenged that EPA decision and the court ruled for them, and against EPA and environmentalists. In his words, it was a complete victory for Colstrip. Too bad for him that he’s wrong.

EPA issued a rule in 2012 that failed to require Colstrip to install modern pollution controls for haze forming pollution. Environmentalists opposed that rule as being unjustifiably weak. MEIC, Sierra Club, and National Parks Conservation Association, represented by Earthjustice, challenged that EPA decision in court. Last week, the court agreed with us. EPA’s decision not to require stricter pollution controls was arbitrary and capricious.

Apparently the reporter and the Colstrip representative failed to read the court decision. The very first claim decided by the court was – in the courts words – the “heart of the matter.” MEIC and our allies challenged EPA’s decision not to require modern pollution controls for haze forming nitrogen oxide pollutants from the truly massive Colstrip coal-fired power plant. Those pollutants harm health and cause haze in some of the most scenic places in the country. The law requires EPA to limit those haze causing pollutants if it is economically feasible. In this case, it is feasible, but EPA arbitrarily chose not to require those controls.

When the error was pointed out to the reporter he attempted to fix the story. However, his correction was too little, too late. Even though the correction wasn’t exactly accurate either (it still portrayed the case as a complete victory for PPL), at least he tried. But many newspapers picked up the first version of the story which falsely indicated a loss for clean air. When MEIC pointed out this error to some local papers, they said they’d fix the story. The Helena Independent Record apparently chose not to do so. Once again, newspapers falsely paint environmentalists in a negative light. Even when we win, we lose.

I largely blame this error on the newspaper industry in general. In the last six months Montana has lost four of its finest reporters: John Adams, Mike Dennison, Chuck Johnson, and Laura Lunquist. All too frequently newspapers let go their best investigative journalists and those with institutional memory. What’s left are overtaxed reporters who don’t have time to investigate, let alone read the court decisions they report on. It’s not their fault. It’s the industry and the public who are more worried about the Kardashians than what our elected leaders are doing with our money, privacy, environment, and health. 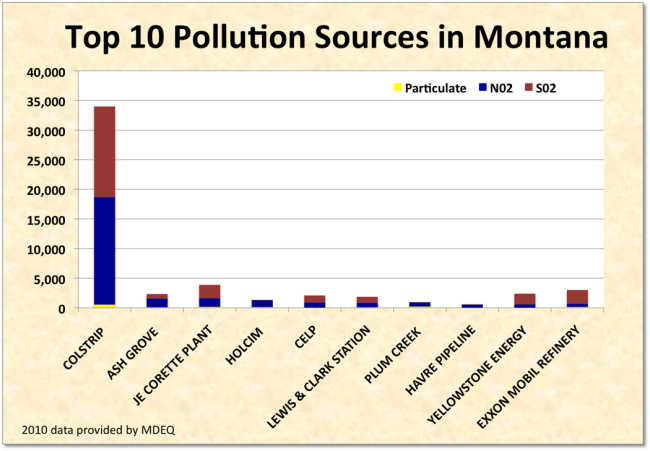 The court decision was a win for the environment. EPA has to go back and review its decision. It must consider the science, technology, the National Park Service’s air experts, and then decide whether to require modern pollution controls on a coal plant that puts more haze forming pollution into the air than all of the other regulated polluters in Montana combined. The difference this time will be that EPA will have to justify its decision. When about 350 coal plants already use this same technology – including a coal plant in Hardin, Montana – it’s hard to fathom why EPA would continue to let Colstrip off the hook.

For now, the lesson is to take your news with a grain of salt. Sometimes the press gets it exactly wrong. In this case, we won – not lost. The court did give us what we asked for. The Colstrip owners can crow victory in public, but they know there remains a risk that someone might actually make them modernize their dinosaur of a coal plant. Just saying you have modern pollution controls doesn’t make it so. The Colstrip plant’s pollution controls might have been “modern” when they were installed in the ’70s, but that doesn’t make them modern today.

One Response to " Even When You Win You Lose "